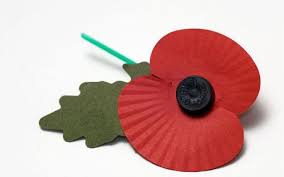 Our West Midlands comrades ask that any members and supporters in the area please contact Dudley NF as soon as possible and offer what help they can during the run up to the Wednesbury Council By Election on 18th November 2010.

The Candidates have now been announced. Ade Woodhouse is standing as the National Front candidate and is opposed by Tory, Labour, Lib-Dem and Green Party candidates. The BNP which polled 12.1% last May are for some reason not standing a candidate.

Comments Off on NF Standing in Wednesbury Council By Election |

Both local and national press have reported on the apparent suicide of former Northamptonshite Police Inspector Peter Boatman. Boatman known locally as “Boaty” was a director of the company Pro-Tect which is at the center of controversy following the revelation that it had been selling Tazer weapons to Police forces in contravention of the terms of it’s home office licence.

It emerged recently that the type of Tasers used in the incident that led to the death of killer Raoul Moat were only licensed for distribution to a Home Office testing facility. As Pro-Tect had supplied the X12 Tasers directly to Northumbria Police, home secretary Theresa May decided there was no alternative but to revoke the company’s licence.

The company’s managing director Kevin Coles told news sources that Boatman, a former Northamptonshire Police Inspector, had been ‘destroyed’ by the development. He explained that his colleague had felt ‘ashamed’ by the media coverage of the company’s ‘problems’.

Boatman was a Police constable in Daventry during the mid 1970’s and into the 80’s and was notorious for his hatred of drinking, mob handedly invading pubs and clubs locally at the stroke of closing time and physically “intimidating” the clientele. He also had a reputation for his penchant for ‘mixing it’ obtained during the 1972 dockers strikes. With an obsession for pugilism and martial arts he liked himself to be considered an “expert on violence” and “the use of force”.

It is alleged that Boatman’s ‘expert submission’ was partly instrumental in the jailing of the innocent Leeds Police officer Michael Bunting who was attacked and seriously injured in August 1997 and later jailed simply for bravely defending himself during a most vicious and unprovoked attack while performing his duty.

Incredibly the saga of trickery, intrigue and corruption surrounding this latest story has been simmering in the background largely unbeknown to the public for almost a decade as the following shocking two page Times article tells us, and in which we learn all we need to know about old “Boaty” and his associates http://www.timesonline.co.uk/tol/news/uk/article584499

Sadly these days it comes as no surprise at all to discover that some of the most inwardly and secretly corrupt specimens on gods green earth come from within the very organizations that impose, often by violence, the so called “Rule of Law” upon the rest of us.

Fight for freedom of speech on NF web site !.

Dear Comrades,
You may be aware that most public libraries, mobile phone providers and some Internet Service Providers are denying access to the NF website. This is contrary to Article 10 of the European Human Rights Law which guarantees freedom of information.

The offenders are:
Government Departments
Libraries

So far identified mobile companies – Virgin, O2, 3. Virgin and AOL have also banned mail outs of NF email such as NF News. Some ISP’s are also putting up warning messages saying the NF site is insecure and panicking people from accessing it.

The NF and all individuals who support free speech MUST act now in a concerted campaign to stop these unlawful bans. We need a mass press mail out. Representation to libraries and ISP providers and any other body breaking Article 10 of the EU Human Rights Law.

Point this out!.. We are a legally registered party! What they are doing is ILLEGAL.
Start the campaign now for freedom of access for the NF website www.national-front.org.uk

Comments Off on Fight for freedom of speech on NF web site !. |

NF to field candidate in Swindon By Election

I am proud to announce that the National Front will be standing a candidate in the expected by-election next year. Over the next few months we shall be stepping up our activities in Swindon, especially in the West Swindon area where our candidate Martin Score shall be standing. Any help would be appreciated. If you are interested in helping n our campaign please contact me at 07968335717 or email swindonnf@yahoo.co.uk.

Comments Off on NF to field candidate in Swindon By Election |